Some thumbnails and color variations

Baba Yaga was once the keeper of the water of life and death. She was the master of numerous forestspirits who kept the balance on earth. Her magic was strong and her wisdom seemed endless. However, one day she was betrayed by her only son, Koschei the Deathless, and a group of men. They stole the water for their own gain. Baba Yaga had lost her faith in humanity. Since she was no longer in possession of the water she deteriorated more and more, changing into a monster. She became blind and was only able to see with her magic. She decided to change her servants into animals and send them into the world to find a pure soul that could help return the water of life and death to her. Those who served her well would earn back their freedom. 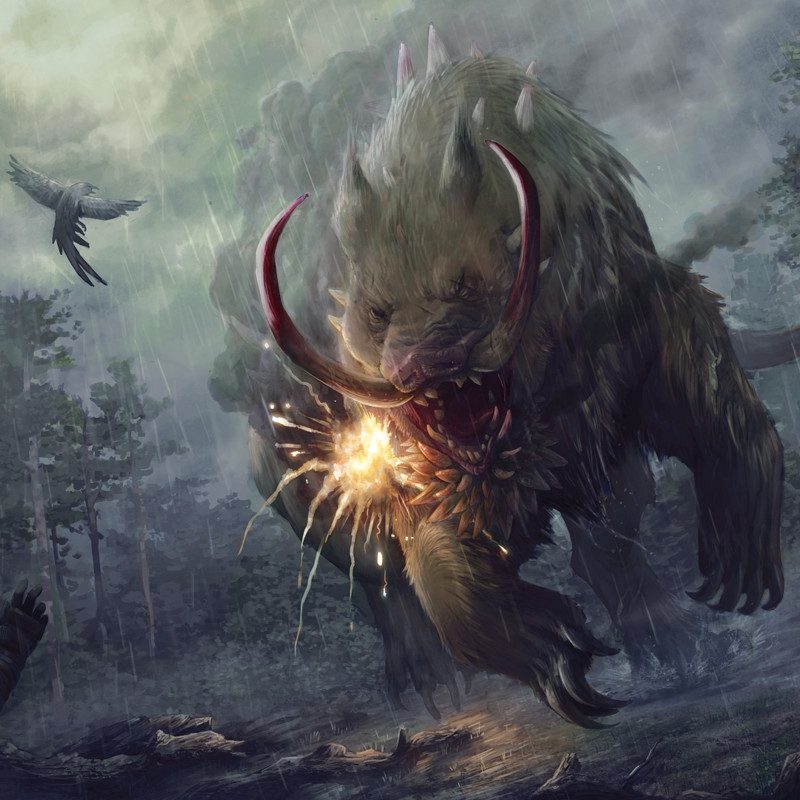 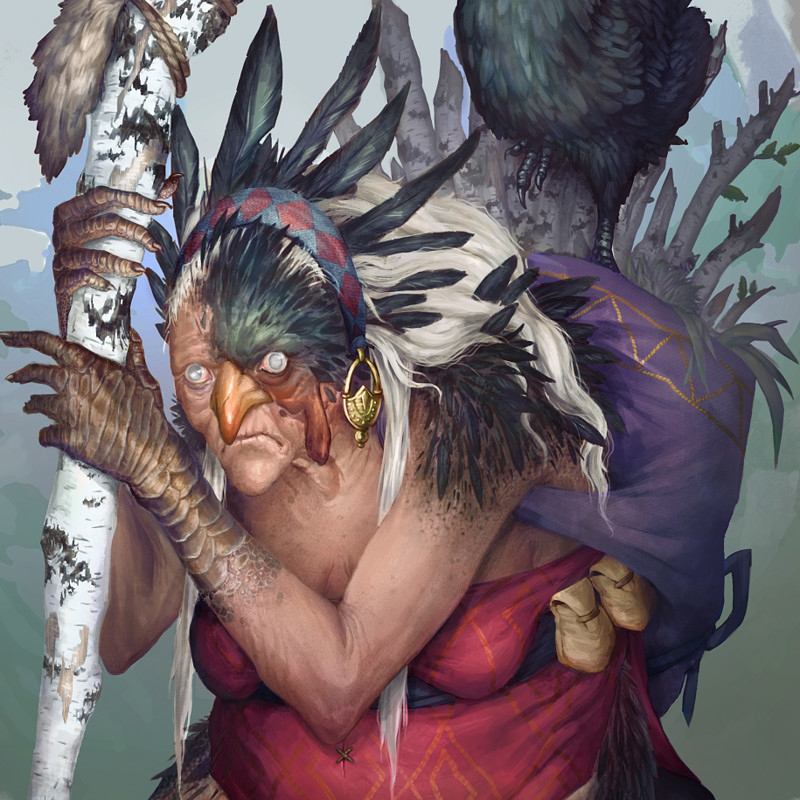 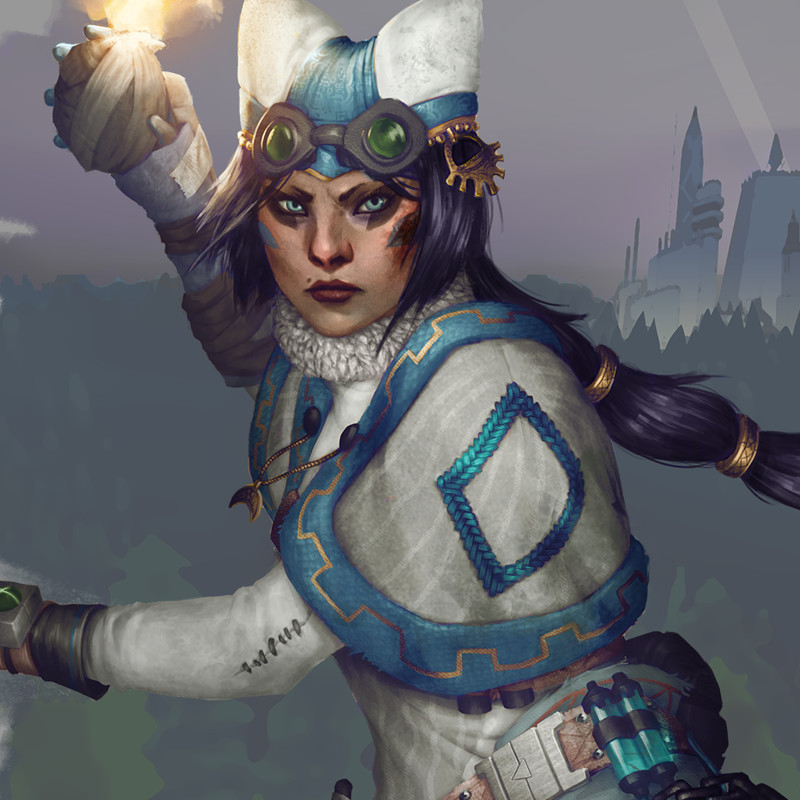