The fleet of Zhèng Shì

Zhèng Shì and her fleet of junks travelling through the night

Made this artwork as a promo and loadingscreen for the 'ships of battle: age of pirates' mobile game.
A new ship called ' Zhèng Shì' is added, she is named after the famous chinese pirate more commonly known as 'Madame Ching' :3 It's a huge Junk with a whole fleet of smaller junks that aid you in battle.
Ship design/3d model is made by my colleague Daniel Sturing. I used this model as a base for the composition. 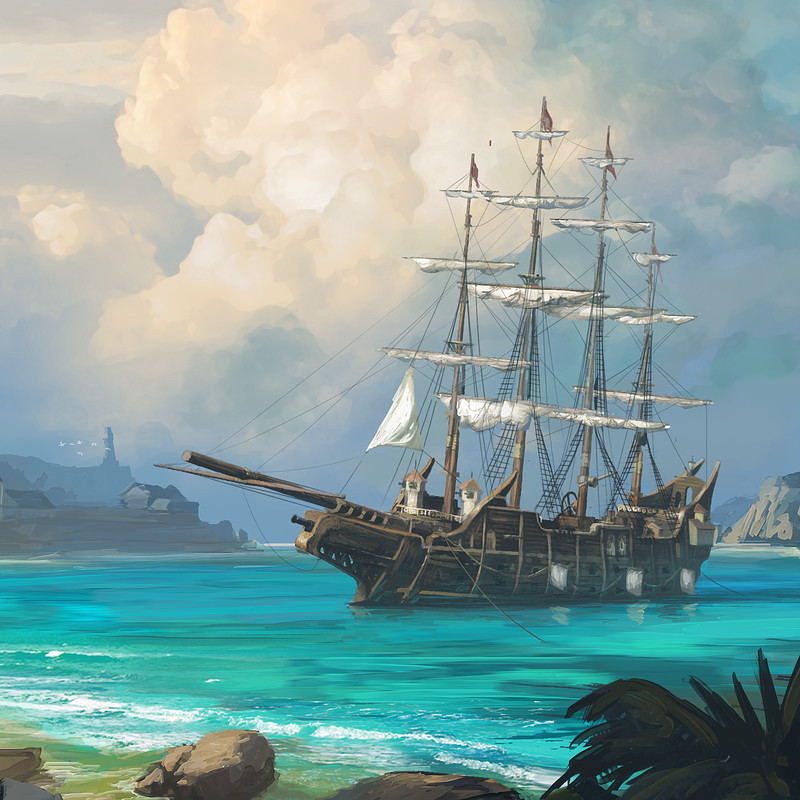 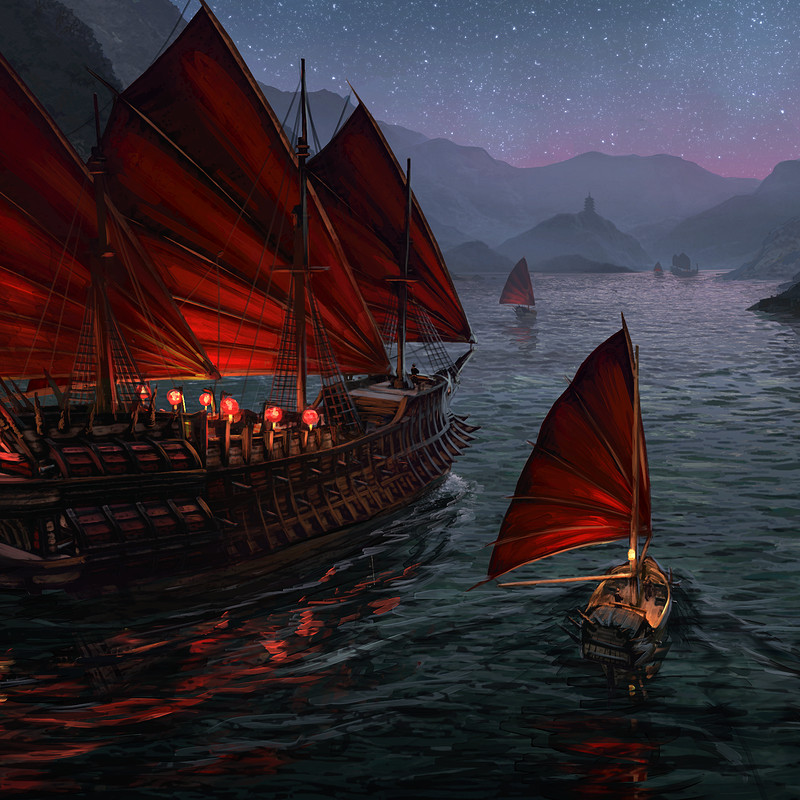 Back to album
Ships of Battle 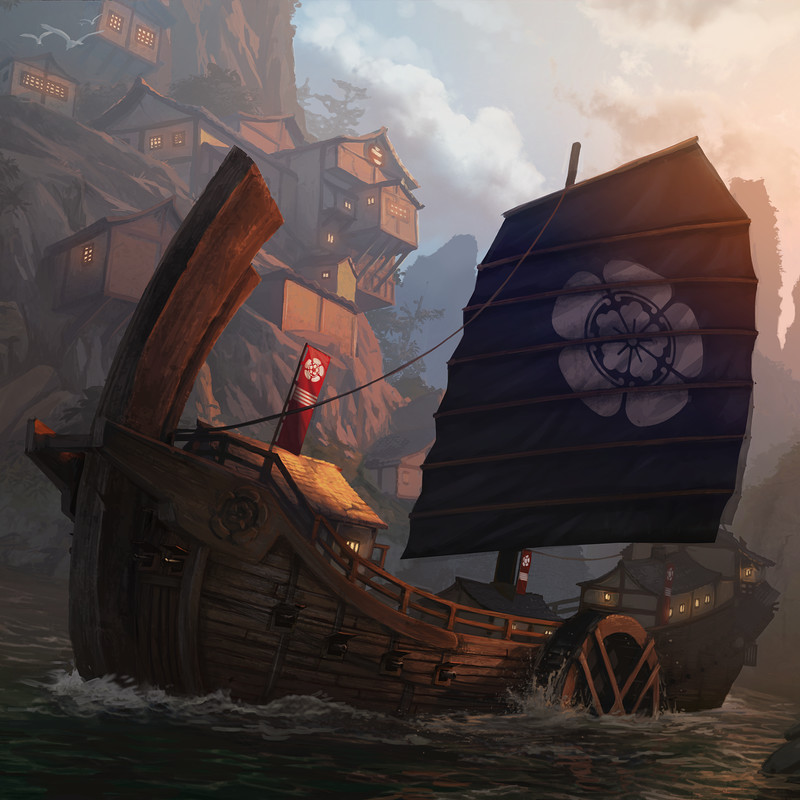